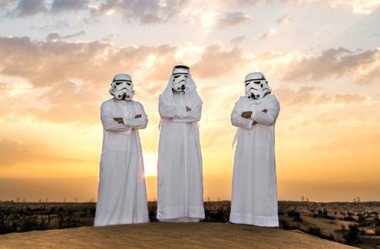 You can be the CEO of a big corporation, a chairman, a fighter or a policeman, but the one thing you probably have in common (particularly, if you grew up in the 80s) is the love for Superman, Batman, Captain America and Marvel massive big books.

Last week, Middle East Film & Comic Con unfolded in a four-day activity with massive attendance by Jedi masters, superman’s survivors and hulk wannabes. Having all the superpowers you ever-wanted in one place is something very special, especially for someone who grew up in the 80s surrounded by these characters. Giancarlo Esposito from Breaking Bad, the creator of Robot Chicken Seth Green and the legendary Stan Lee the writer of Superman and Avengers, were all there.

Seeing the reception and popularity of Comic Con, there is no doubt that in the coming years we will witness a bigger presence, more guests and as Mr. Esposito said, ” Why the hell aren’t there more women on this stage “, more women on stage.

What hosting the IPL signifies for brand ‘Dubai’
Brands and colours: An instantaneous method for conveying meaning without words