Connecting with friends via Facebook’s ‘Nearby Friends’ 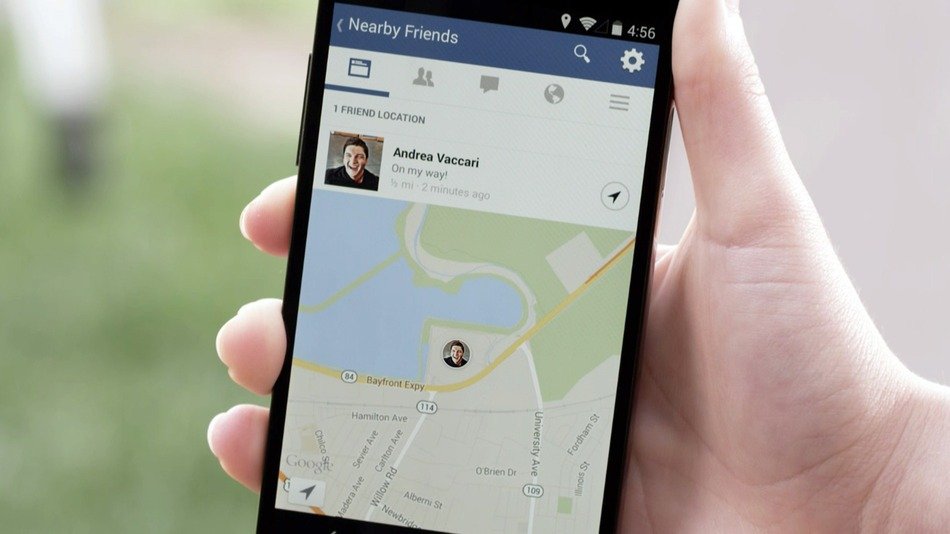 It’s been 10 years since Facebook launched, and whilst we’ve seen many design and development changes, the one concern that has remained constant is its invasion of people’s privacy. It is no secret that the tech giant’s key revenue generator is targeted advertising, possible solely via the large volume of personal data it possesses. Continually under such privacy-related duress, it interesting to learn about a new feature released just a few days ago – ‘Nearby Friends’.

‘Nearby Friends’ is a feature that has been built into the Facebook mobile app; it allows you to see which of your friends are close by, and then share your exact location with them. The new feature uses the geo-location technology in smartphones to determine when you are close to one of your Facebook friends. When activated, the feature will send periodic notifications alerting you to friends who are nearby. Unlike Facebook Check-In, that has been around for sometime, Nearby Friends allows you to broadcast your general location to Facebook friends without posting at all. The new feature is an opt-in option that is activated only when users choose to participate. Launched only in USA so far, Nearby Friends is an attempt by Facebook to allow people to connect offline. The feature not only locates friends but also indicates their proximity to you; accordingly, users can send a message to their friends and connect offline.

All of this sounds useful but, like most other Facebook features, Nearby Friends adapts as it learns more about you – that is, the feature notes where you spend most of your time (perhaps at work or home) and saves this information on its servers; the reason for which is to avoid sending irrelevant alerts to your friends. However, Facebook having information regarding their whereabouts is precisely what scares most people. As it is, Facebook asks people to share (and subsequently stores and uses) their personal information, favorite movies, life updates, etc. to which will now be added, information about users’ whereabouts.

We at James, however quite like the feature. For those concerned about privacy, the feature always allows one to permanently delete their location history (in the settings, similar to clearing browsing history); the only disadvantage of doing this is that you start fresh if you decide to go back on ‘Nearby Friends’; which is quite a small price to pay if your bigger concern is privacy.

‘Nearby Friends’ sounds very handy and ironically encourages people to get off from socialising on their smartphones and actually do it in person! We’re excited to see it unrolling everywhere, especially here in Dubai. Keep a look out on your news feed, you may just find someone whom you haven’t seen in forever!